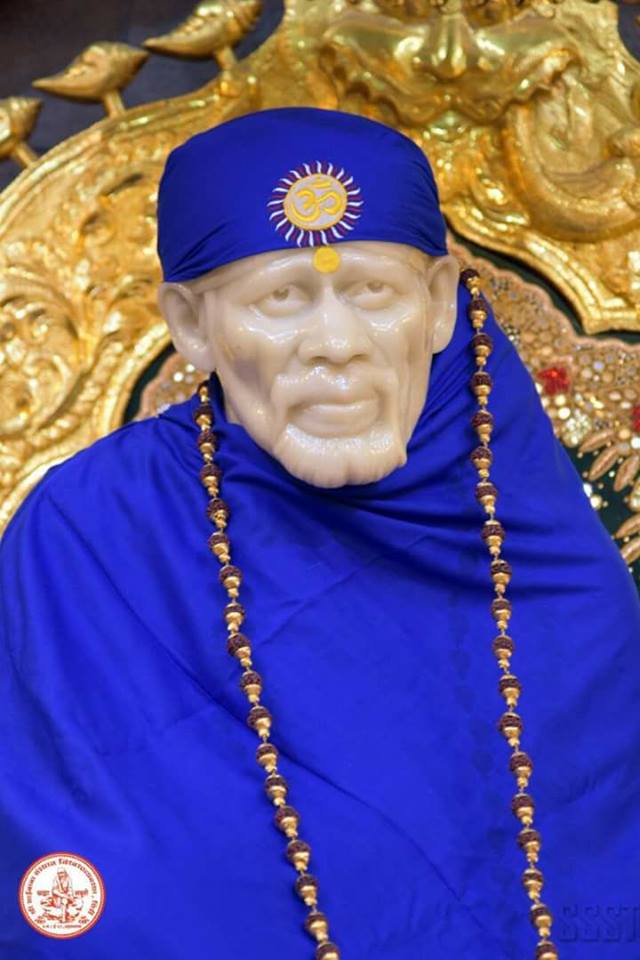 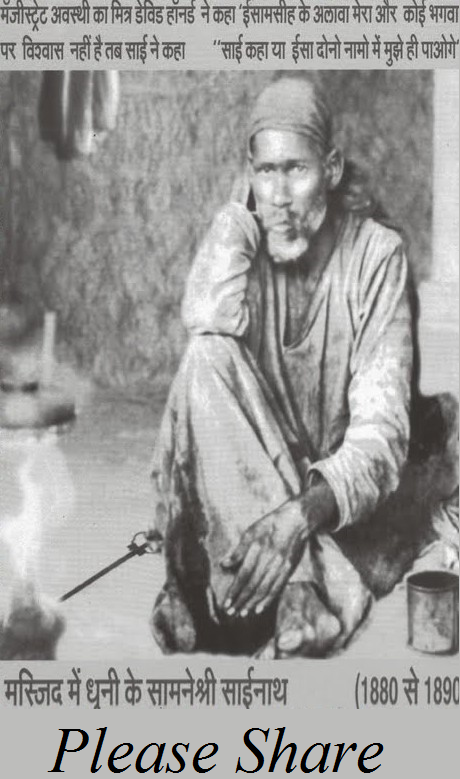 As long as the physical body is there, attachments will be there. Once the life leaves the body, then there are no such attachments. For sages, saints and those who want to free themselves from this lifecycle, this state gives them peace and happiness to their soul. But ordinary people after their death, seek rebirth as they are not able to come out of their worldly desires. If you do not have such desires, then there will not be a rebirth or punar janma. This is Moksha or Mukthi or salvation.

With great detachment, having got Moksha, Gurudhan, Dwarakamayi and Venkusa in the form of Jyothi were in Shirdi only for the welfare and prosperity of the masses and not for the sake of themselves. Under such a state, there would not be any relationship as mother and son. All were equal and in such a state only, all were at Shirdi. Sai was visible in the human form whereas the other three were not – this was the only difference.

After devotees like Mahalasapati and others worshipped Baba in the morning, he used to sit opposite the Dhuni and do some soul- searching .

At about noon, he went into the village for alms. He put solid foods like roti in his bag and the liquid in a small vessel. If his visit was not noticed by someone, he would softly call out “Fakir has come mother” . 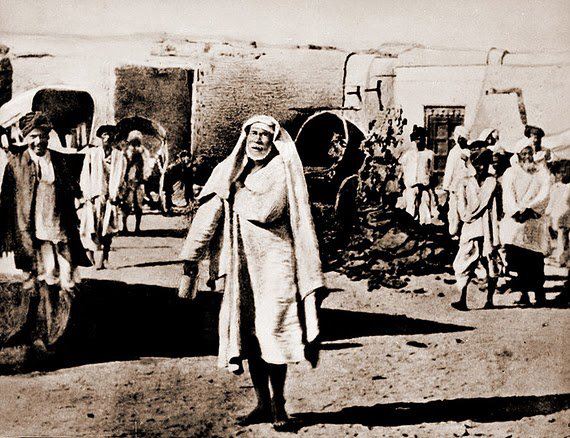 If some looked into his eyes at the time of giving alms, they used to get full happiness and they desired to have any number of re-births just to look at the eyes of Baba. Only devotees who realised Sai’s divinity experienced such things. Persons like Bhate, the village Munsiff, who never came near Sai or spoke to him used to criticise and abuse him. But Baba, for whom bouquets and brickbats were the same, ignored such things.

Now and then Baba used to feed the poor with the amount that he received by way of Dakshina.On such occasions he went personally to the market and purchased all the required material. Tatya would assist Baba in bringing them to the mosque, in cooking and serving the food. Baba used to personally check to see whether the salt etc. were put in the correct proportions in the food. Sometimes Baba cooked and served non-vegetarian food. He put his hand in the vessel to stir the boiling food. But nothing happened to his hand even then. 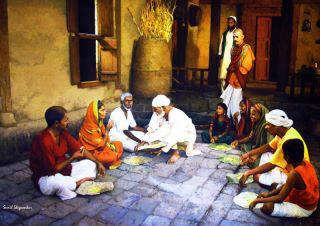 One day Baba personally cooked food and fed the poor. The food had to be cooked two to three times as hundreds of poor people attended and this went on till sunset. That day for some reason or the other, Tatya did not come to the mosque in the daytime. Baba had to attend to the entire work all alone. Tatya came in the evening and learnt about the feeding of the poor and how Baba had to attend to the work all alone. He regretted very much for not having assisted Baba. He found Baba completely exhausted which worried him. Meanwhile, Mahalasapati came there. Tatya told him about the condition of Baba and sought his advice as to how to make Baba rest. In spite of tiredness Baba went near the Dhuni and sat there. Mahalasapati told Tatya that if they could bring a nice big stone and put it outside the mosque, then Baba could take complete rest sitting on the stone in the moonlight and enjoy the cool breeze.

All of them finished taking their night meal and everything was silent. Late in the night, Tatya told Mahalasapati that he would go to the nearby mountainside and bring a big stone for Baba. But Baba who was hearing their conversation, asked Tatya not to go during the night, but he was stubborn.

Baba told Tatya that a big stone for him to sit in the open yard would come and he need not go to bring it. But Tatya insisted on getting it immediately, saying that he would not have satisfaction if somebody else brought the stone and hence, he himself would bring it. So saying he went out of the mosque. 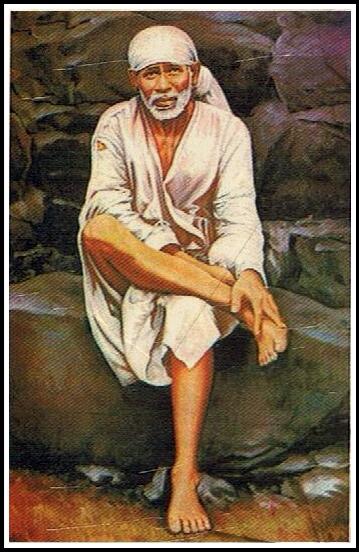 As Baba did not want to give trouble at such an odd hour in the night, he lifted his two hands and made some gestures and talked something to himself. Suddenly, therewas a big lightning. Tatya and Mahalasapati, unable to withstand the lightning, closed their eyes. On opening their eyes, they found a big flat stone with red and white colours in front of the mosque. Both were surprised at this. Baba in the moonlight sat on the stone with one leg over the other. Lifting his right hand, he showed them his Abhaya Hastha. Mahalasapati saw Lord Shiva in Baba, While Tatya saw Maruthi in Baba. Thus Baba appeared to them in two forms simultaneously. Out of joy, Mahalasapati’s eyes brimmed with tears and he recited some slokas on Shiva. When they came back to their original state, Baba made them sit down and personally served them meals.

He cautioned them not to reveal to anyone what they had seen of the Leelas of Baba. He always concentrated on his Guru and got maximum satisfaction loving him. Thus he had the complete blessings of his Guru. He merged himself with him. When one gets into such a state, one can see in one’s Guru, Guru Brahma, Guru Vishnu, Gurudevo Maheshwara, Guru Sakshat Parabrahmah. But if one simply utters “Guruji” without following his teachings, then the word `Guru’ will remain only a word used to give respect to the Guru. But such a pupil cannot obtain any benefit from his Guru.

Because of Baba’s state of concentration, all Siddhis and Aiswaryas (prosperities) came to his feet. These Siddhis were capable of misguiding even yogis and destroying them. Hence, Baba discouraged them. He did not even look at them. All those powerful Siddhis were lying at Baba’s feet for nearly 30 years. He did not exhibit his extraordinary powers till 1886.

I pray that readers be blessed with devotion, Jnana and detachment and that those who read this chapter with devotion be endowed with concentration of their minds.